Stories in the Dark, 2016, The Beaney House of Art and Knowledge, Canterbury

Stories in the Dark was a co-commission by the Whitstable Biennale and the Beaney House of Art and Knowledge. The exhibition focused on the magic lantern, a projection device invented in the 17th century which is often seen as a precursor to the cinema. Historically, magic lantern shows were the first time people saw projected moving images, and were used for storytelling, education, and entertainment. In profound contrast to our digital age in which the technology is largely incomprehensible, the magic lantern’s relatively simple analogue mechanisms and projected images paradoxically allow a sense of wonder, in which the viewer suspends disbelief and engages their imagination. Unlike the pre-recorded nature of cinema, the creative act takes place live with the audience, encouraging a sense of participation.

Stories in the Dark brought together contemporary international artists who responded to the medium as both gallery installations and in a programme of performances on. To provide an historical context, also on display were vintage magic lanterns, slides and related archival material.

As well as the main gallery, work was also embedded within the Beaney’s unique permanent collections of artefacts and artworks, which provide an ideal context. The Victorian museum’s obsession with collecting and categorising objects from around the world can be seen reflected in the lantern’s use as a tool for bringing the distant, often ‘exotic’ and unseen world into close contact with the public; indeed the nineteenth century saw an historical overlapping in the development of the empirical and scientific with the irrational and mystical. It is this relationship between the distant and the near, between the unknown and the known, that lies at the heart of the exhibition. 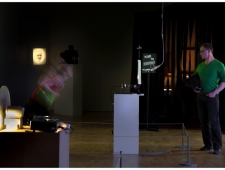 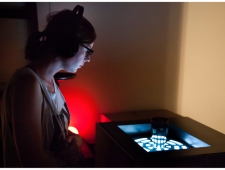 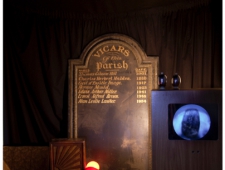 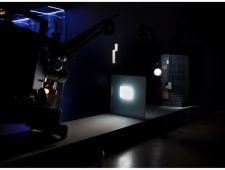 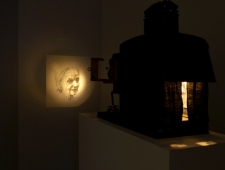 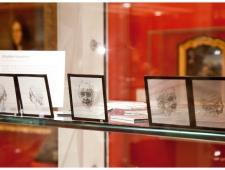 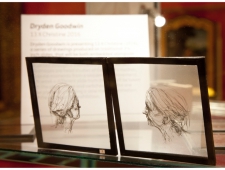 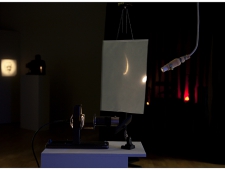 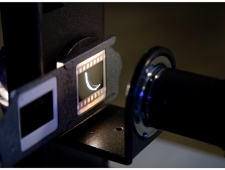 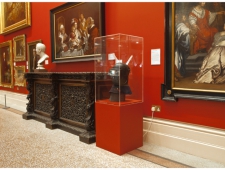 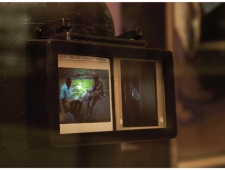 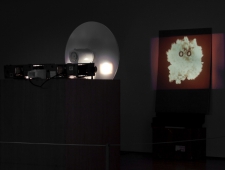 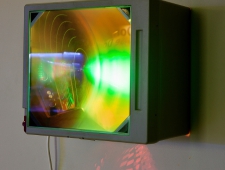