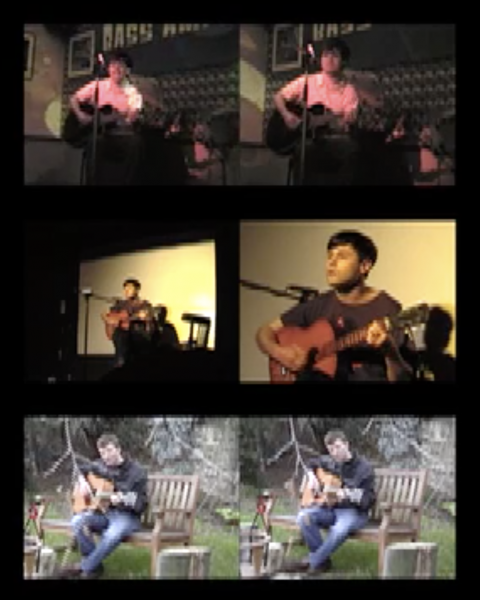 Judd used the words of preachers from Speakers’ Corner in Hyde Park and central London, whom he filmed for several months. After isolating key phrases, he supplied sections of the texts to actors and musicians, who then performed on stage or in the street. Judd filmed these performances, confusing his roles as voyeur and participant.

In This Wonderful Country depicts acoustic singer-songwriters, who have written songs based on the words of the preachers at Speakers’ Corner. Each singer is paired with a twin image of himself, singing the same song but out of sync, so they seem to be anticipating and contradicting one another, yet also harmonising. As in earlier videos which used voice-overs, this piece and The Truth Will Set You Free present an ambiguity over who is pre-empting who; an oscillation between a connection and a disconnection, or a closeness and a distance.