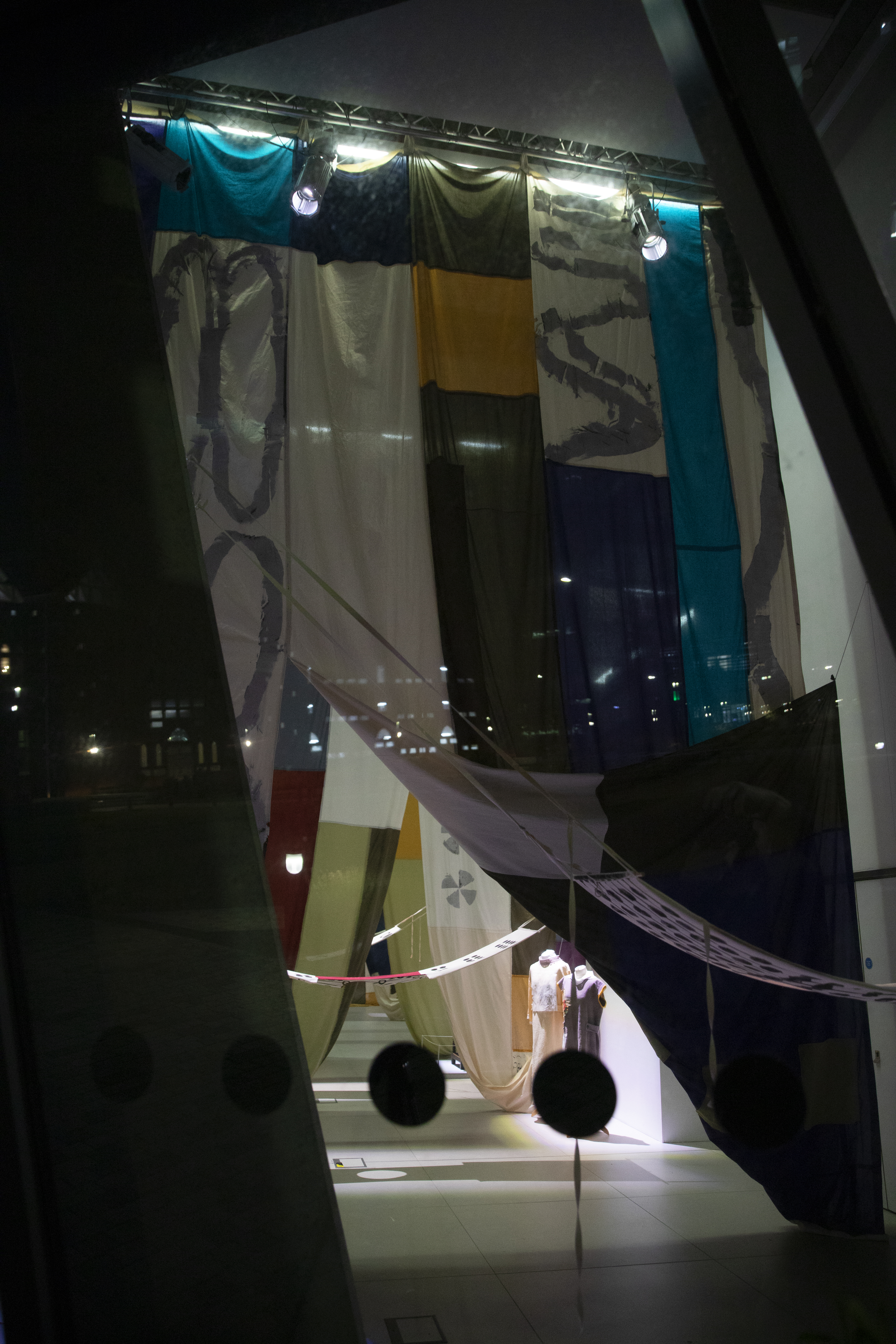 ◄ Back
Next ►
Picture 95 of 95
Photography by Rod Duncan and Julian Hughes.

The mythos of the community is explored through an opening performance, archival objects and museum pieces, installation and moving image. Judd uses this constellation of materials to reveal the characters that form the group’s hierarchy and its factions. The Absolute is an invitation to experience the community’s internal logic, it’s belief system and their history as evidenced through the displays.

Inhabiting a space between theatre and exhibition The Absolute suggests stories and histories that are not fully narrated. The world of the Welfarers is rooted in Leicester’s history as a centre for textile manufacturing; they take as a central metaphor of their belief system the image of weaving as a process of unification and healing that takes on religious significance. This fictional community could be seen as a reincarnation of a lost sense of unity and cohesion; their desire to mend social rifts is poignant within the current divisive climate of nationalist thinking.

Visual and conceptual links are made between the artefacts in the collections and the stories and histories of actual lost communities. Judd, along with his collaborators, makes connections between these disparate elements to form an alternative history that reveals underlying lost narratives between past and present, old and new.

For the realisation of The Absolute Judd worked with a wide range of collaborators across choreography, musical composition, conducting, costume design and writing.

The Absolute grew out of Fig Futures, which was supported by Arts Council England, Outset and Art Fund in 2018.